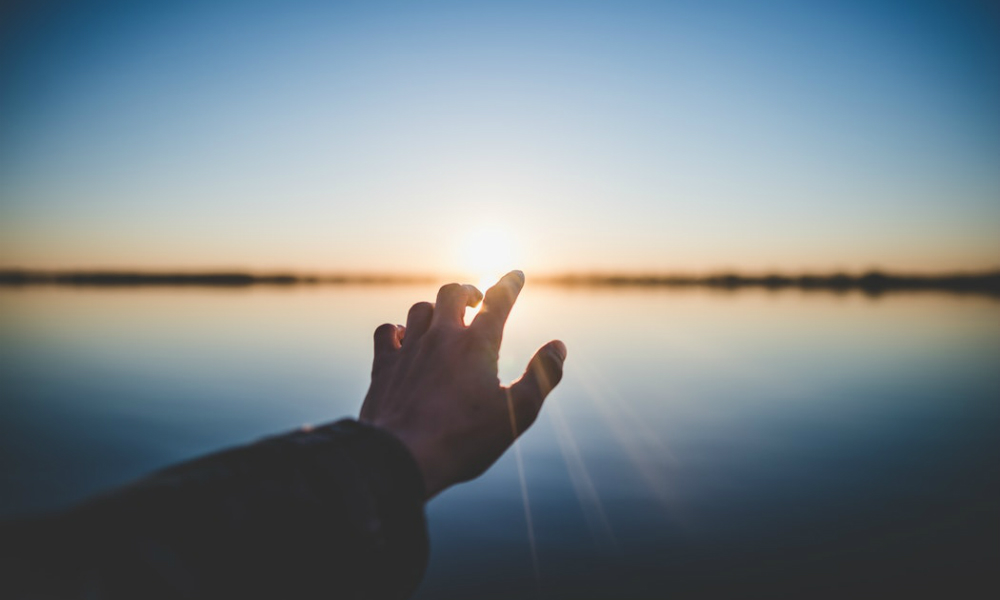 In the midst of our path here on Earth, the well-known phrase “hoping against hope” can be a key for us to confront our daily difficulties with courage and peace. Today more than ever we seem to be surrounded by problems. It’s enough to just turn on the news and we are instantly bombarded with suffering, crises, and an abundance of moral evils. Added to that are the confrontations in society for trying to live out our faith and the personal, interior struggles that each one of us deals with. Faced with all this we can be tempted to give up, to throw in the towel, or even to despair. That’s where St. Paul comes to the rescue.

“Hoping against hope” comes from St. Paul’s Letter to the Romans (Rm 4:18) and the context is really interesting. He is actually talking about Abraham, to whom God promised, in the Old Testament, that he would be the father of a great nation. The thing is that Abraham was almost 100 years old and his wife, Sara, was 90 and barren. It was humanly impossible for them to have children, but Abraham believed in God and hoped with a firm hope that His promise would come true. As we know, the Lord fulfilled His promise and a year later Sara gave birth to a baby boy, Isaac.

St. Paul says that Abraham hoped against hope, that is, when everything seemed hopeless to the human eye, he continued to cling to what God had told him. He didn’t despair, even when all the factors were against him. He was “fully convinced that what God had promised He was also able to do.” (Rm 4:21) St. Paul shows us in Abraham’s example an incredible hope worthy of imitation even in the most difficult situations.

So, how can we apply this idea to our lives? First off, it is important to realize that Christ is the center of our hope, as St. Paul goes on to say in the Letter. He died for us and rose again, promising to be with us forever, promising us the Holy Spirit as guide and strength! Our hope is in Jesus, true God and true man.

Second of all, “hoping against hope” isn’t a matter of just flicking a switch. It is a gift from our Lord, acquired little by little. That means we have to ask for it in prayer. It also implies a strong faith.  After all, we can only hope that our Lord will fulfill His promises in the measure that we believe in His all-powerfulness, in His nearness to us and His desire to help us. Again, in prayer we need to ask for this solid faith that sustains a strong hope.

Finally: if I hope that God will help me with a certain problem, does that mean the problem just disappears? The answer is no. Our hope is that God will save our souls and give us what is necessary to accomplish our salvation. So that doesn’t mean that all our problems begin to vanish when we place our hope firmly in God. As a matter of fact, sometimes these crosses are exactly the means He wants to use to save us. Placing our hope in God, though, does mean that He will be near us, giving us the strength and consolation necessary to deal with our difficulties and to even sanctify ourselves in their midst.

So… now comes the challenge. This is all very easy to read, but the true test is putting it into practice. Applying it to our particular situations in life. Just as Abraham did when he thought he would never be able to have a son, and he ended up becoming the “father of nations”, we are called to “hope against hope” in the power and grace of our Lord in the daily struggles and the bigger, concrete challenges in our lives.